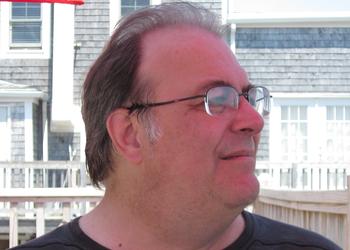 Stephen Seitz has reported for newspapers as politically diverse as the Brattleboro Reformer and the New Hampshire Union Leader. He has covered everything from natural disasters to presidential campaigns, and has interviewed an original cast member from every Star Trek television series. Other notables include James Earl Jones, Jodi Picoult, Jerry Lewis, James Whitmore, Sen. George McGovern, and many others. He is also the host of cable TV's "Book Talk."

Sherlock Holmes has been a part of Steve's life since the age of 12, when, while putting homework off, he discovered The Hound of the Baskervilles in the stacks at Brooks Memorial Library in Brattleboro, Vt. More than 40 years later, he is still an avid Sherlockian and speaks to scion societies on occasion. Naturally, more of his Sherlock Holmes stories are on the way.

Steve's reporting experience informs every page of his Ace Herron mystery series. Nearly 20 years of covering crime from arrest through trial has given Steve a solid understanding of how the criminal justice system works, and, more importantly, the reporter's role as observer. Steve also wants to correct the thoroughly inaccurate picture most people have about news reporting. It seems no one who includes journalists in their fiction has ever met one. With Ace, Steve hopes to bring readers a little closer to the mark.